Experts of IPG.Estate told about impact of digital technologies on commercial real estate market at the second IPGMARKETINSIGHT event 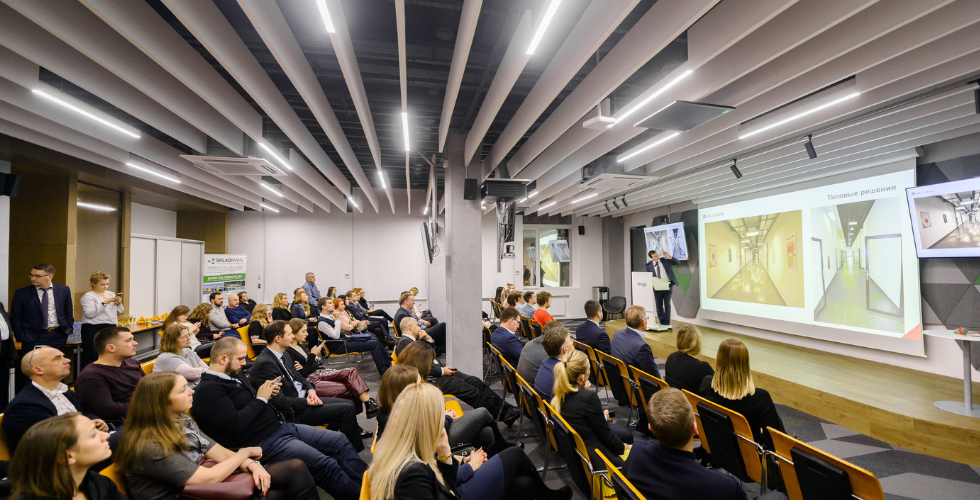 IPG.Estate held the second IPGMarketInSight event called Merry Digital Christmas. Within the event, experts of IPG.Estate told how digital technologies and IT companies are changing the commercial real estate market. The Russian Guild of Managers and Developers was announced a partner of the event. IPGMarketInSight: Merry Digital Christmas took place at the office of NEXIGN (an IT company).

At the beginning of the event, Ivan Pochinschikov, a managing partner of IPG.Estate Сompany, made a welcoming speech and thanked NEXIGN for providing the host site: "In 2017, the IPG.Estate team helped NEXIGN to find a new home. And a few years later, here we are – we meet here with our client's. Indeed, the office turned out to be quite creative and high-tech. I am proud to say that this office is one of the best offices of IT companies in St. Petersburg."

Valery Trushin, the Head of  IPG.Estate's Research and Consulting Department, told on how high technology is changing the real estate market. The global volume of transactions in the commercial real estate market for 2018 amounted to 1.8 trillion US dollars, about 1.8 billion US dollars came to transaction expenses. According to the expert, development and introduction of block-chain technologies will reduce companies' financial and time resources.

The Internet development also had an impact on the retail sector: there appeared an opportunity to transfer the trade from "offline" to "online" format. In Russia, this trend is not developing actively enough. Retail trading turnover in Russia in 2018 amounted to 25,470 billion RUR, while online trading turnover – only 1,200 billion RUR. High technologies are being introduced in the industrial segment as well. Valery told the audience on WMS systems and the specifics of their use in Russian realities.

Andrey Svistunov, IPG.Estate’s Director for Development, explained the subject from its practical side, focusing on St. Petersburg market. The expert noted that currently there is a number of successful redevelopment projects implemented in the city: ArtPlay, Tkachi Creative Space, Smolensky Business Centre and others. Andrey also noted promising areas that can be of interest to IT companies, for example: the territory of Red Thread, Spinning and Threading Plant, the territory of the Arsenal Plant, etc.

Igor Kalinichev, the Director of NEXIGN ‘s Administrative and Technical Department, and Yevgenia Ignatieva, NEXIGN’s Administrative Director, shared their own experience in creating an office for a company. After finishing the business programme, the event participants took an excursion around NEXIGN’s office.