IPG.Estate company told us on trends of the commercial real estate market at the first IPGMarketInSight event 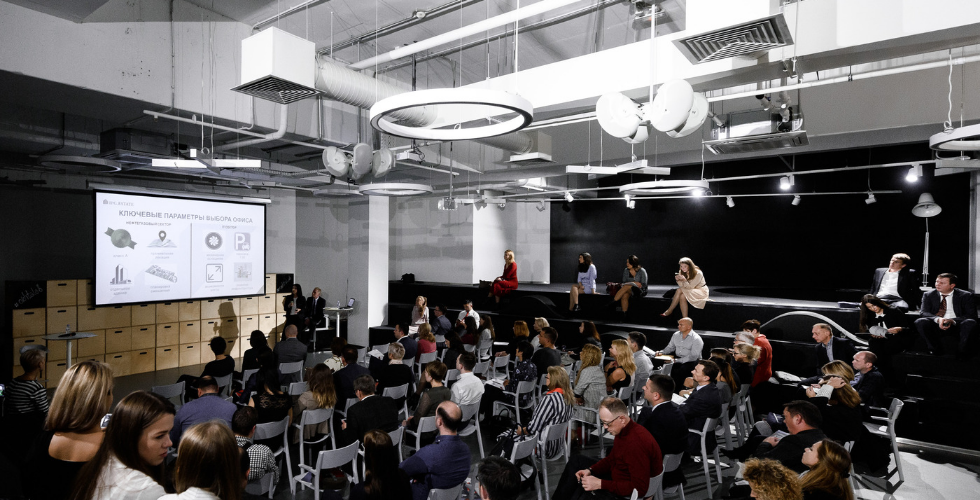 IPG.Estate launched a series of events under IPGMarketInSight brand, where experts tell about main trends and forecasts of all the commercial real estate market segments in St. Petersburg, in comparison with the markets of other regions, Moscow and countries abroad. The first IPGMarketInSight event was organized by the company together with its partners – Cushman & Wakefield company, that organizes such events under MarketBeat brand.

When opening the event, Ivan Pochinshchikov, a managing partner of IPG.Estate, said: “We have been cooperating with Cushman & Wakefield for a long time and have finished a number of successful transactions in the office real estate segment, also working in other areas, including in the marketing direction. IPGMarketInSight is first of all information that is not included in our analytical reports and reviews. It is analytics that gives information on trends, their sources and prospects for the segments, which we want to share with our customers and partners.” Denis Sokolov, Partner, Head of Research and Analytics at Cushman & Wakefield, with “Development of Russian Agglomerations” topic opened the declared theme of the entire panel discussion “Saint Petersburg in Development: Battle for Resources”. Denis spoke about the macroeconomic context, since the real estate market is secondary and depends on the economic and social situations.

Valery Trushin, Head of Research and Consulting Department of IPG.Estate, opened the topic of St. Petersburg market development from the results of one of the most significant events of this year - the World Football Championship. The expert tried to answer one of the frequently asked questions: “Will the investment in sports infrastructure be paid off?” Besides, he drew an analogy to the World Cup in Athens in 2004 and the World Cup in Germany in 2010. As an example, the expert used the Allianz Arena in Germany, built by two sports clubs, with an annual income of $130 million and annual expenses of $96 million. He also compared this arena with “Saint Petersburg” arena (St. Petersburg) built with budget funds, as well as reconstructed "Luzhniki” arena (Moscow).

Sectional topics were opened by Veronika Chakanova, Head of the Office Real Estate Department of IPG.Estate, who told about the battle for the offices of oil and gas and IT sectors. Veronica also told about main factors of these industries development. The oil and gas wave absorbs offices due to relocation of Gazprom from the capital to St. Petersburg, while IT is actively growing and developing, outgrowing its offices and even buildings. According to the expert, in reality, the segments form a completely different demand: oil and gas is looking for detached facilities of A class in premium locations, while IT is considering facilities with proper engineering equipment, high parking index (1:50) with growth opportunities within the project and developed infrastructure. Such a “confrontation” is good for the city, as its infrastructure develops, a number of jobs increases, and prestige of its universities increases.

Olga noted that about 76% of St. Petersburg’s shopping centres were built before 2011. Considering the shopping facilities depreciation period of 10 years, the market comes to the situation, when the majority of the facilities will need reconstruction and renovation. New competitors, a decrease in rental income, leave of a number of retail operators, a decrease in total traffic and increasing spending on services will be the main prerequisites for owners. Olga noted that classic concepts of closed shopping centres will become a relic of the past and IKEA has begun this trend creating a parking space for leisure time near the shopping centre. In addition, concerning interesting trends, the expert noted a transfer of online retailers offline, an increase in entertainment functions of shopping centres, appearance of new formats (language schools, libraries, children's learning zones, etc.), shopping (and entertainment) centres digitalization, fashion for “food”, and replacement by food halls and food parks of food courts.

Experts of Cushman & Wakefield noted that the food parks trend in Moscow has been developed long ago, it occupies all the segments of the retail property market. Together with their colleagues from IPG.Estate, the experts came to the conclusion that, in contrast to a way chosen by foreign countries, in Russia this trend is still developing for internal use, and not for tourist positioning (not like De Hallen in Amsterdam, Ribeira in Lisbon or Testaccio in Rome). Timur Hazratkulov, SRV Operations Director in Russia, told in more detail on trends in shopping and entertainment centres, using practical cases. The expert talked about 5 trends that prevail now in the retail real estate market: Edutainment + Retailtainment + Entertainment, digitalization, transfer from online to offline, customer focus and customization.

Trends and forecasts of the warehouse segment were revealed by Philip Chaika, Head of Industrial and Warehouse Real Estate Department of IPG.Estate: “In 2018, according to forecasts in the warehouse segment, an increase in new speculative areas will be 70,000 square meters – it is one of the lowest values since 2011 (when only 30,000 square meters were introduced to the market). Vacancy is at a level of less than 5% and there is a tendency for its reduction. All the facilities, announced to be commissioned this year, are realized by major players who already have a number of speculative warehousing facilities and extensive management experience, they understand all the trends, tendencies, and market cyclicality.”

According to the expert, e-commerce players became more active in production and warehousing segment. If earlier they were considering warehouses in St. Petersburg with an area of 500 – 1,000 sq. m, today they are requesting premises with an area of 2,000 – 6,000 sq. m. In addition, today there is a stable demand for build-to-suit projects, including from logistics companies, which is a new trend for the market. Until recently, experts in logistics chose speculative facilities and did not consider an opportunity of investing in their own logistics and warehouse complexes.”