IPG.Estate closed the lease deal of the business center "Karl Zadler's House" of class B + with the Practik coworking network. 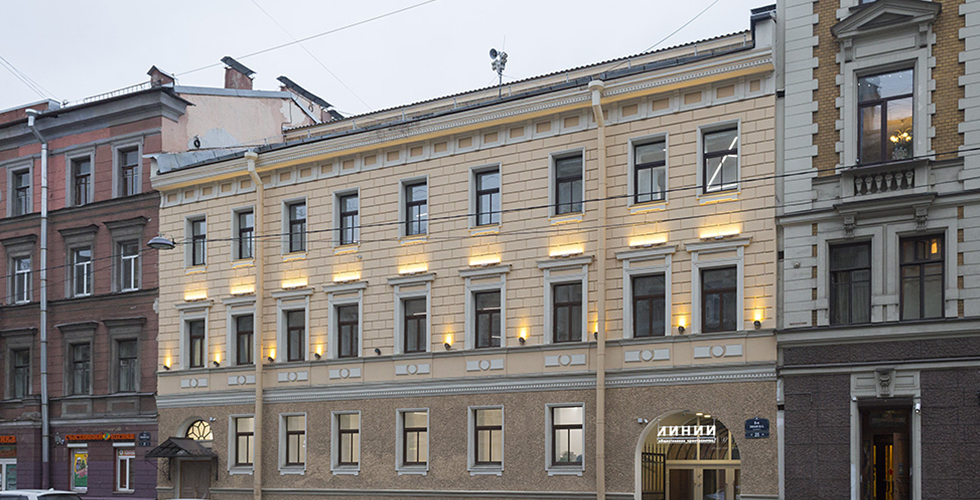 IPG.Estate closed the lease deal of the business center "Karl Zadler's House" of class B + with the Practik coworking network. The tenant occupied the entire building - 6,285 sq.m. Multifunctional space “Lines” has opened at the facility.

According to the creators of the project, Lines is a space for work and leisure. On the fourth floor, the sixth coworking space of the Praktik network will open in St. Petersburg.
The third floor is for beauty tenants. The second will be occupied by workshops and showrooms of local designers. The first level is reserved for the food market. It is planned to launch a wellness project on the ground floor.

The business center “Karl Zadler’s House” is an object of class B +, located on the 8th line of Vasilyevsky Island, 25 and is a product of reconstruction. Before the revolution, a printing house and then a pawnshop were in the building. The pawnshop continued to function until 2001.

The first viewing took place at the stage of reconstruction of the facility. The tenant notes that initially the request was for premises with an area of about 2,000 square meters for coworking.
The idea to create a multifunctional modern space appeared just after viewing the business center “Karl Zadler’s House”.
The facility is located in the central part of the city in the area of universities and within walking distance of the metro. The volume of space allows you to implement a pilot project in the concept of a multifunctional space for work and leisure.
The architecture of the building and the number of floors favor a convenient and thematic zoning of the project.
The readiness stage at the time of negotiations allowed the future tenant to make adjustments to the original design of the owner’s project.

“The launch of the“ Line ”space in the business center“ Karl Zadler’s House ”in the current market conditions can be considered indicative. Even at the implementation stage of the project, the interests of the tenant and the owner have been agreed, ”says Veronika Chakanova, head of the office real estate department at IPG.Estate. - A business approach and loyalty of all parties became the key to success: the object was commissioned with a long-term stable tenant with an interesting concept for the St. Petersburg market”.