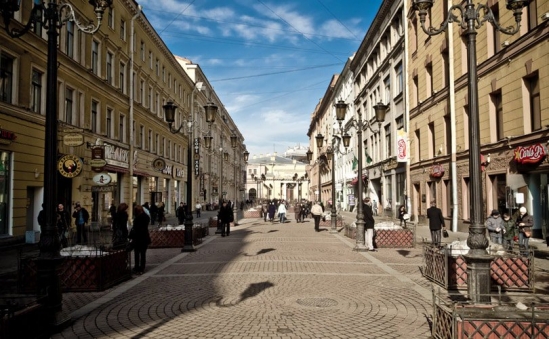 IPG.Estate experts note that over the past 10 years, commercial real estate in St. Petersburg has undergone a number of changes. The cause was not only the crises of 2008 and 2015, but also a change in trends caused by the appearance of new formats, primarily in street retail, and the new generation, which is the most active consumers of goods and services today.

Mikhail Rozhko, Head of Retail department at IPG.Estate, points out that the "drivers" of the consumer economy in St. Petersburg are working young people under 35, with average or above average income, occasionally going abroad, including European countries, actively using social networks and the Internet. Today young people who are accustomed to a certain level of service, ready to quickly change their preferences in favor of a more fashionable restaurant or shop, and also ready to pay extra money for this fashion component. Together they form the demand to which retailers, restaurateurs, and suppliers of various services react. One important remark is that this trend applies not only to expensive shops and restaurants but also to democratic ones.

The expert identifies several trends that change the face of the trade and service industries. First of all, these approaches are practiced in street retail; in shopping centers changes occur at a slower pace.

1. Tenants of built-in premises or owners, leading business in their areas, started to pay more attention to internal and external design. Many shops and cafes, opened in the last few years, tend to stand out by the beautiful and original design of the inner halls, facades, entrance group. This approach emphasizes identity and attracts visitors. The format of a cozy family restaurant, flower boutique, or a brick and mortar store on the streets of St. Petersburg almost completely copies the design of similar establishments in Europe, adding Russian specifics.

2. The format of the signage has changed: today it is not fashionable to make huge neon letters. For some establishments, the rule of good tone is the creation of an inconspicuous sign, some players do without it, leaving only a sign on the door, emphasizing this "niche" format of the establishment.

3. Business operators become more demanding when choosing premises. They better analyze the target audience, location, environment. On the basis of this, sometimes at first glance there are might be strange requests, for example, a store that specializes in natural products is looking premises near the fitness centers.

4. The profile of tenants has also changed, some types have not previously been presented in the city, for example, quests, barber shops, street food, bakers and other «new» types of trade, services and catering for both St. Petersburg and Russia.

New formats are mainly opened in the center, some of them, for example, bakeries, farmer's shops, feel better in new residential areas with dense housing.

Small private companies that have one or more establishments often pay more attention to the creation of an original, memorable concept, design of the premises or name, than the large network players who are mainly working according to the standards. For example, a store of farm products «This is our family feature» or a flower boutique Mary Glow. Mary Glow spent significant efforts on the design and decoration of the facade of the building where the boutique is located. They also created original flower beds-benches, thus not only adorned the house but also attracted additional visitors.

«The development of a new format in street retail is not yet widespread, but it is already obvious that with comparable overall parameters, new establishments benefit from traditional ones. They are becoming more competitive by offering, in fact, the same product or service, but with a better design, with greater client orientation and identity, - noted Mikhail Rozhko - We can say that, following the customization path, the St. Petersburg market in many aspects is very similar to European countries path».